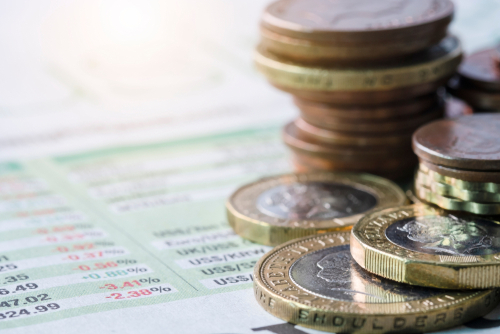 Millicent has become the first entity in the world to carry out a test of a full-reserve digital currency.

Millicent, a distributed ledger fintech company co-funded by the UK government’s R&D department, announced on Thursday, July 14th, that it has successfully performed the world’s first test of a Full-Reserve Digital Currency (FRDC) aimed at the retail market.

According to the press release shared with Coinjournal, Millicent’s FRDC are designed for consumer safety and confidence. As such, they are privately-issued digital currencies pegged to a traditional fiat currency and 100% collateralised by liquid ‘cash’ deposits, in a ringfenced account safeguarded by a regulated third party, directly at the central bank.

Millicent explained that the test was designed as a technology demonstration for Innovate UK, a branch of UK Research and Innovation. The company added that the successful demonstration is an important milestone toward building a financial infrastructure that combines the benefits of distributed ledgers and smart contracts with legacy economic infrastructure.

Assessors from Innovate UK commented that;

“[Millicent] addresses the major shortcomings of the payments industry, both traditional and crypto. Delivering a digital wallet and payment application accessible via iOS/Android apps, with an API for integration with existing web/mobile platforms within this project is courageous and ambitious.”

Stablecoins have come under scrutiny in recent months following the collapse of the UST stablecoin. Many owe the crash to risky designs and a lack of transparency, which has also affected the mainstream adoption of these digital currencies.

Millicent explained that the general public still remains wary of central bank digital currencies (CBDCs) due to concerns around potential overreach and the erosion of privacy.

Hence, FRDC is designed to address these concerns as the United Kingdom is working hard to embrace regulated digital payments. FRDC is privately issued and as such, offers a level of disintermediation between the public sector and end users.

“We are extremely proud to have presented this world-first solution to Innovate UK—especially during such a turbulent time for the crypto markets.  Recent troubles with popular cryptocurrency platforms highlight the importance of projects like Millicent, that focus on safety, stability, and real-world benefits.”

Millicent is a company focused on building the financial foundation for the future. The company combines the benefits of distributed ledgers and smart contracts with legacy economic infrastructure.